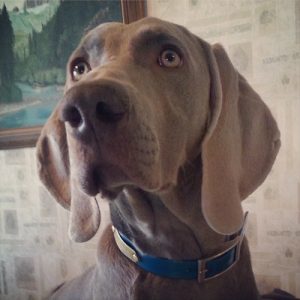 Lillian finished her championship at 14 months old by taking Best of Winners at the Terry-All Kennel Club dog show in April, 2013. In Oct. 2012 she took 1st place in the 6-9 class at the W.C.A. Nationals and 2nd place in her sweepstakes class. Lillian also won Best of Opposite in Sweepstakes at the Mile High Weimaraner Club annual specialty show.

Lillian is a very affectionate dog and loves to sit behind us in our chairs or rest her head in our lap. She is retired from competing and from motherhood. Her kids are seen in many venues around the U.S. 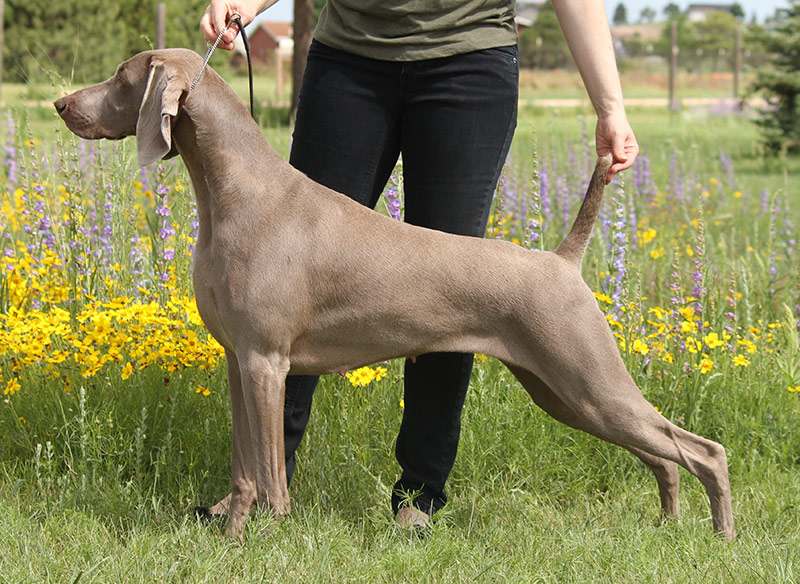 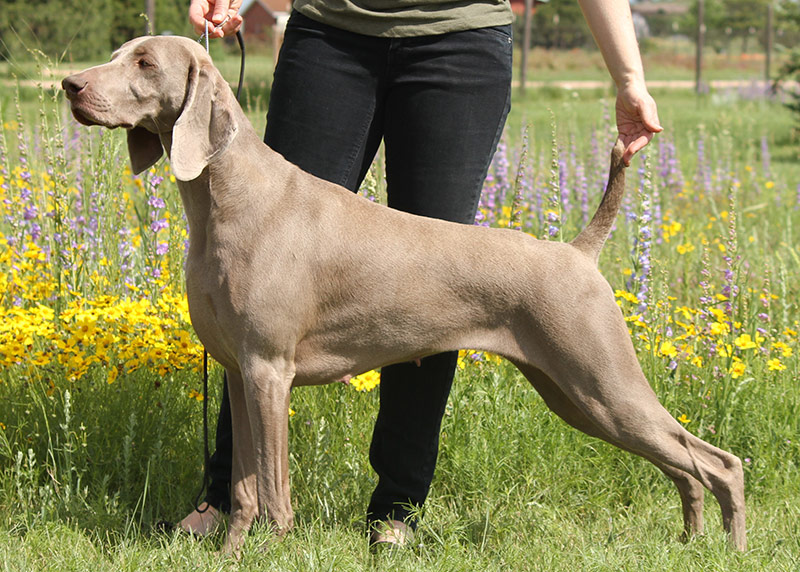 Another one from the same set, showing her enormous ears. Lillian’s ears are courtesy of her sire Gunnie – big flappers! 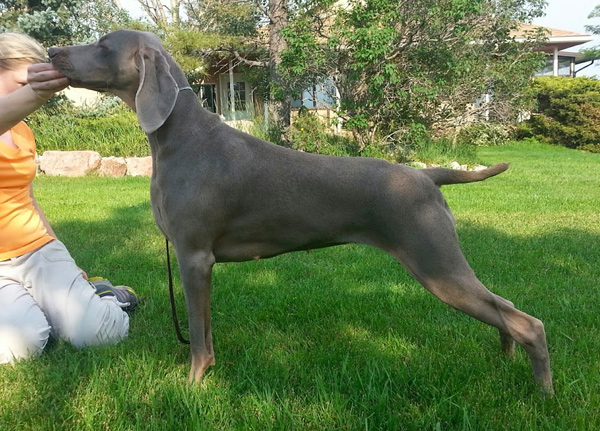 Lillian at 2 1/2 years old, July 2014. Handler was not in her show-doggin best, but the photos of Lillian were too good not to post! 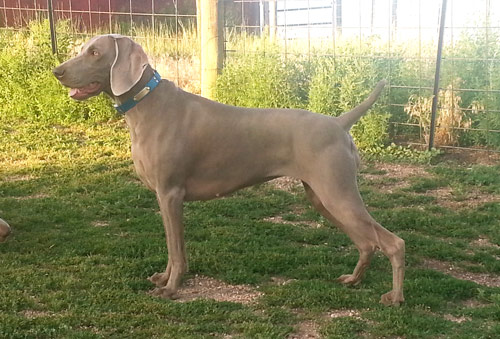 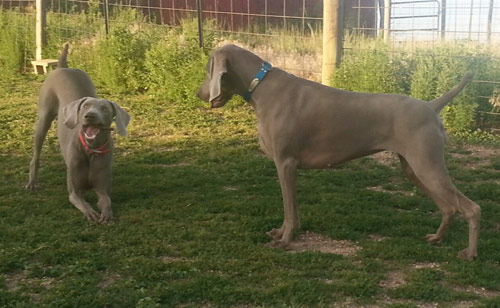 I know it's not doggies but wanted to show the oth

Frankie's take on the afternoon. #foxfirefrankie