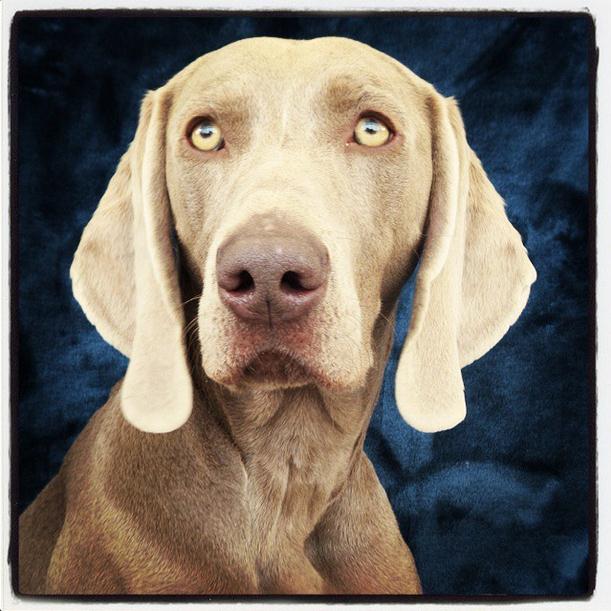 Marnie started her show career winning reserve the first time in the show ring. She’s a wild child so it took us awhile to get all of that enthusiasm under control. After wiggling her way into several reserve wins, she took her first points in Denver, February 2014. It was a 3 point major! Marnie picked up her second major at the Scottsbluff Kennel Club, March 29th, giving her 7 points and both majors.

Marnie took a little time off during the summer of 2014 following a soft tissue injury to her rear leg. Crazy dog! She returned to the ring at the end of the year and won a few placements and reserve wins. She then picked up 3 wins in a 5 day dog show, in February, 2015.

You might be wondering about her names. Marnie originates from the Alfred Hitchcock film. I’m not sure how we landed on this one but it works for her. Her registered name is after a beer bomber from the Lagunitas Brewing Company in Petaluma, Calif. The label has a pinup girl on it and Marnie is definitely a little pinup girl, and a little sumpin’…

Marnie passed away in March 2017 after a foreign body invaded her sinus cavity, causing a massive and uncontrollable infection. Our hearts go out to her owner Annette who did everything to save this wonderful dog. 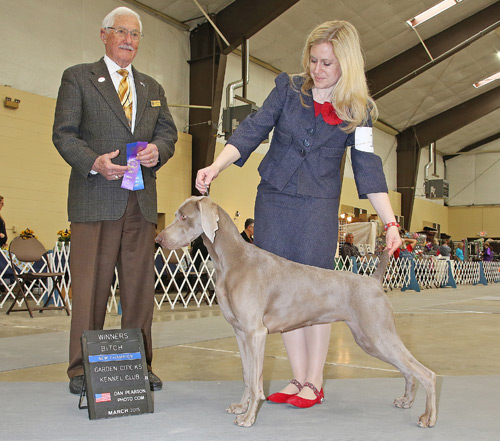 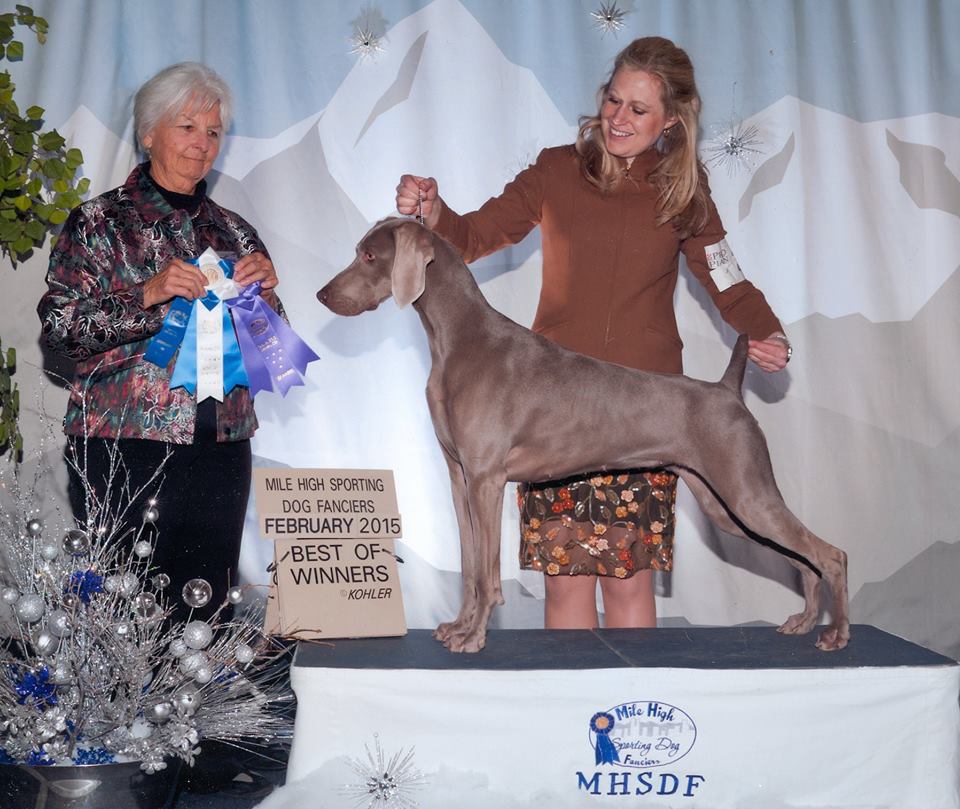 Marnie – 2 years old, Best of Winners at the Mile High Sporting Dog Fanciers Assoc.  February, 2015. Thanks to judge Gloria Kerr for the win and the club for the beautiful rosettes.

One of Marnie’s majors under Linda More at the Colorado Kennel Club, February 2014.