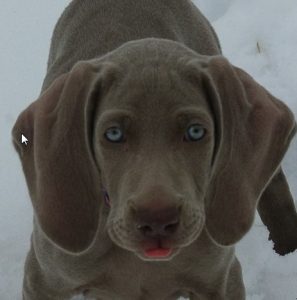 China came from our Nov. 2014 litter between Lillian and Steph Meyers’ dog “Rowdy”. We both agreed that Steph should think about taking one of the little girls. In January 2015, Steph came out to Colorado and chose China. What’s in a name? China is the typical gift for a 20 year anniversary. Steph and Chris were just celebrating their 20th wedding anniversary so they got “China” for the occasion. We love it! 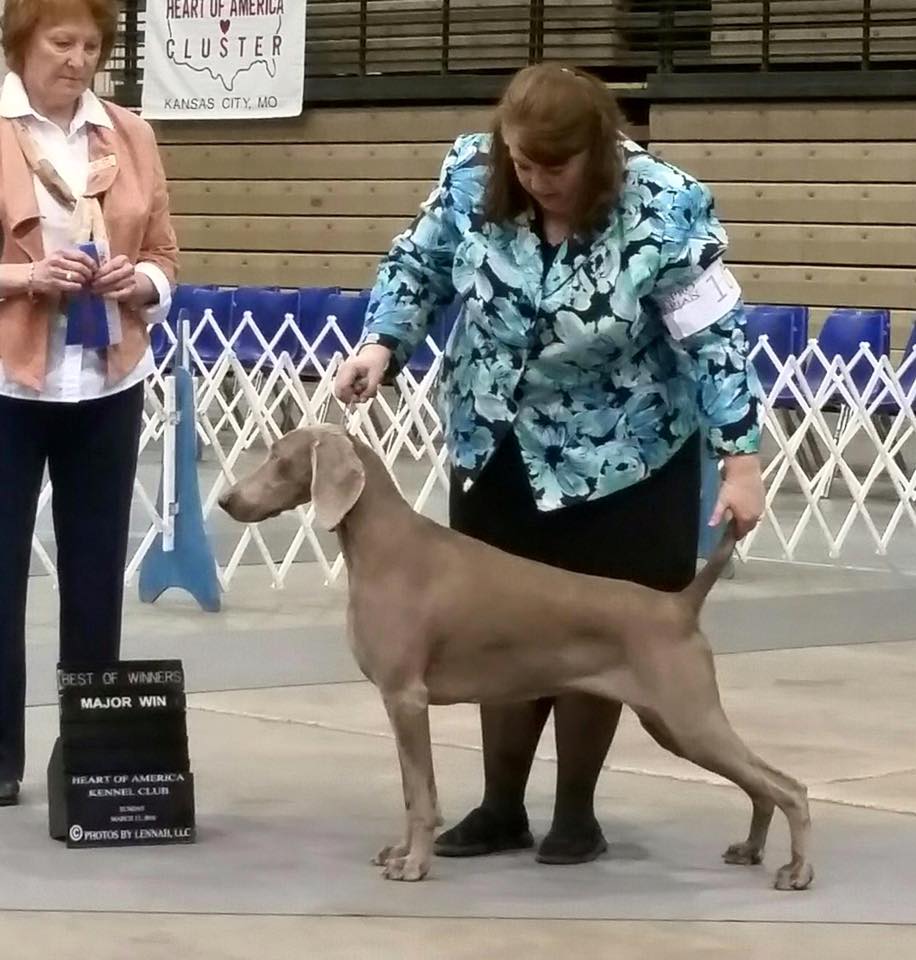 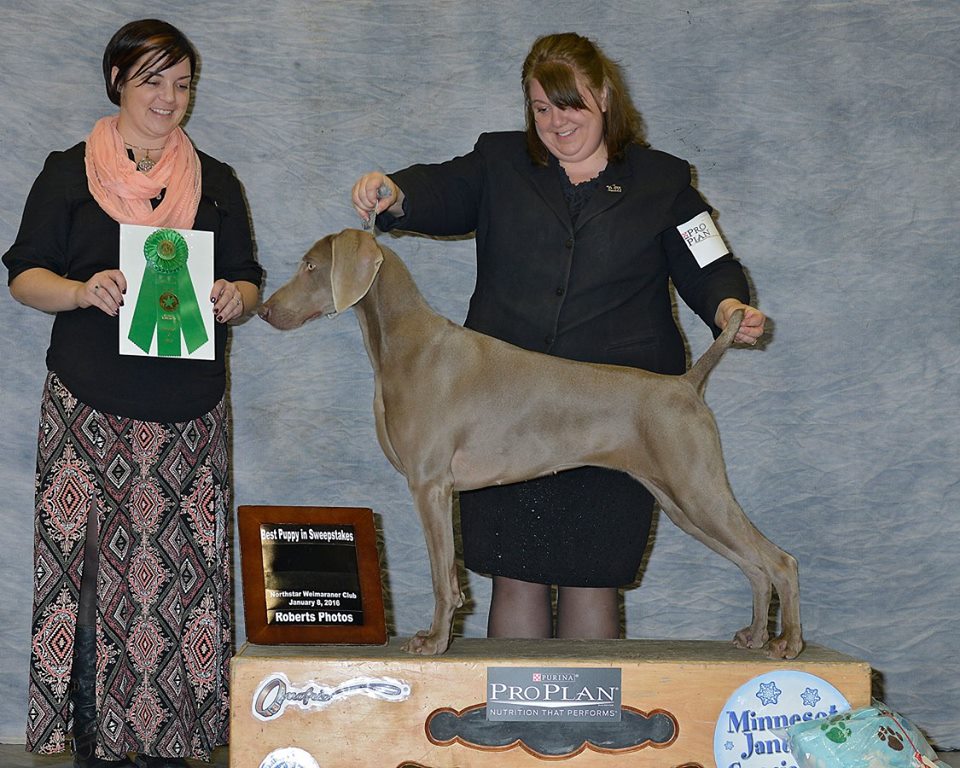 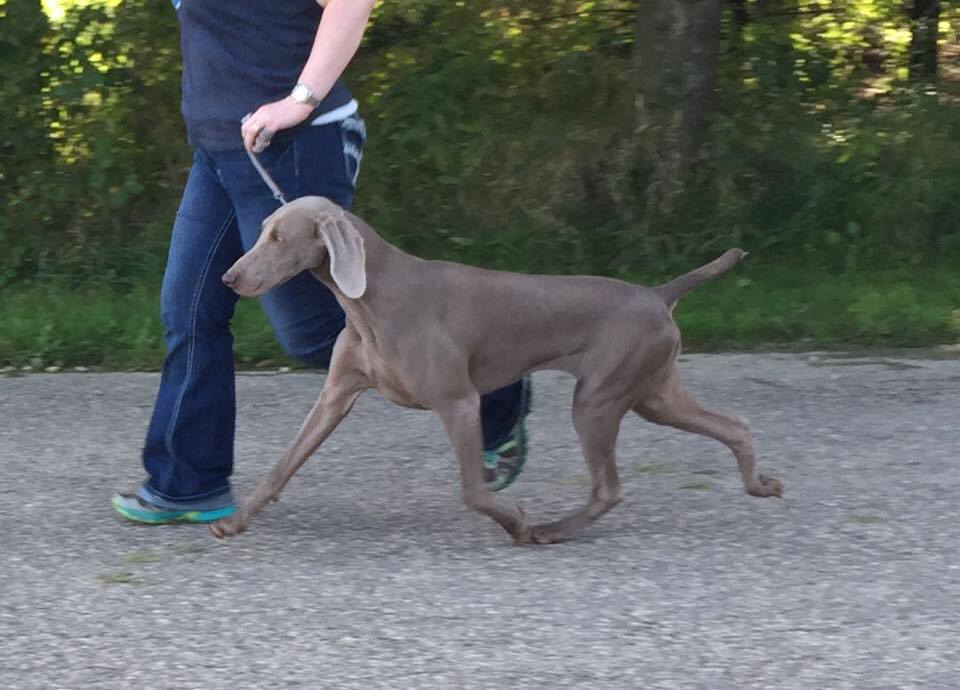 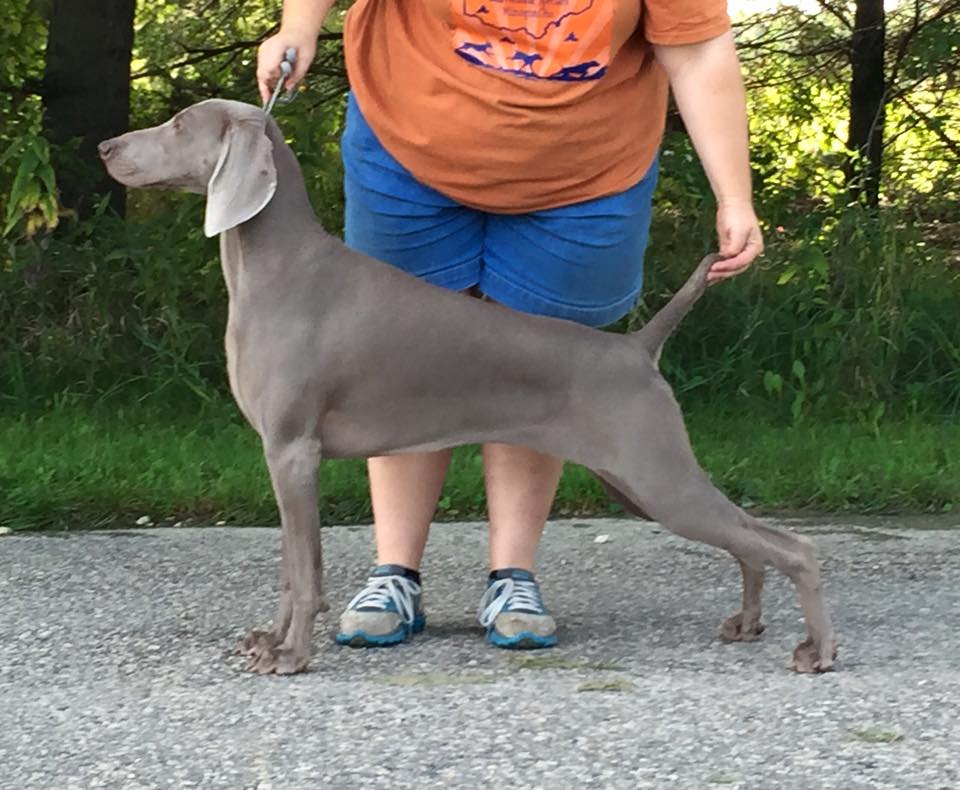 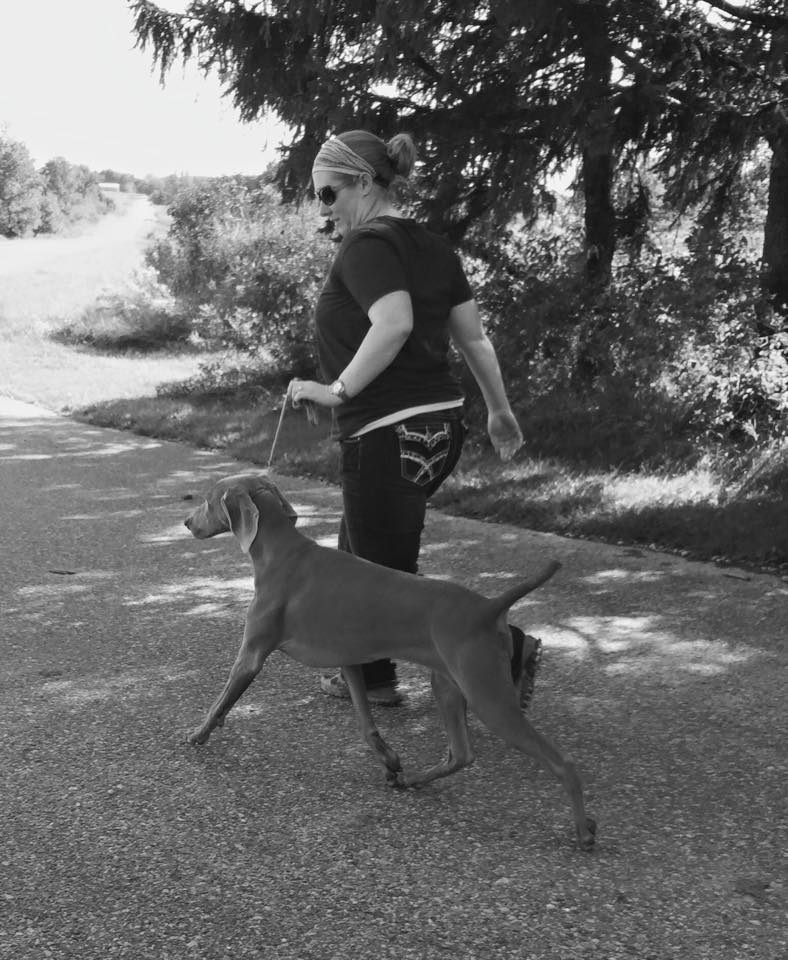 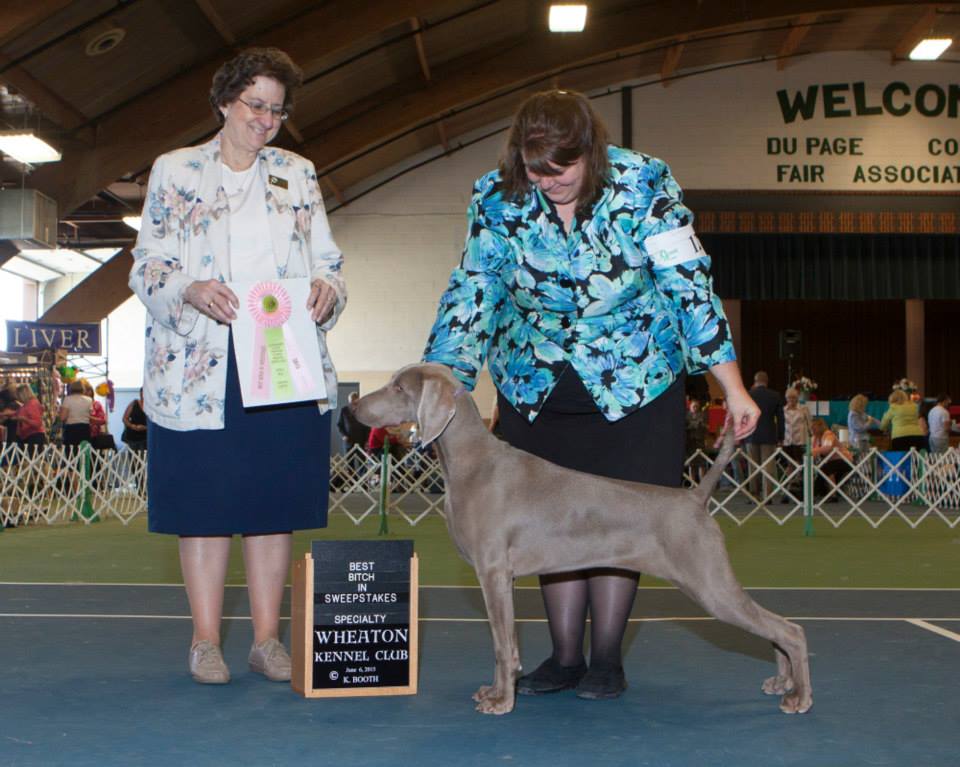 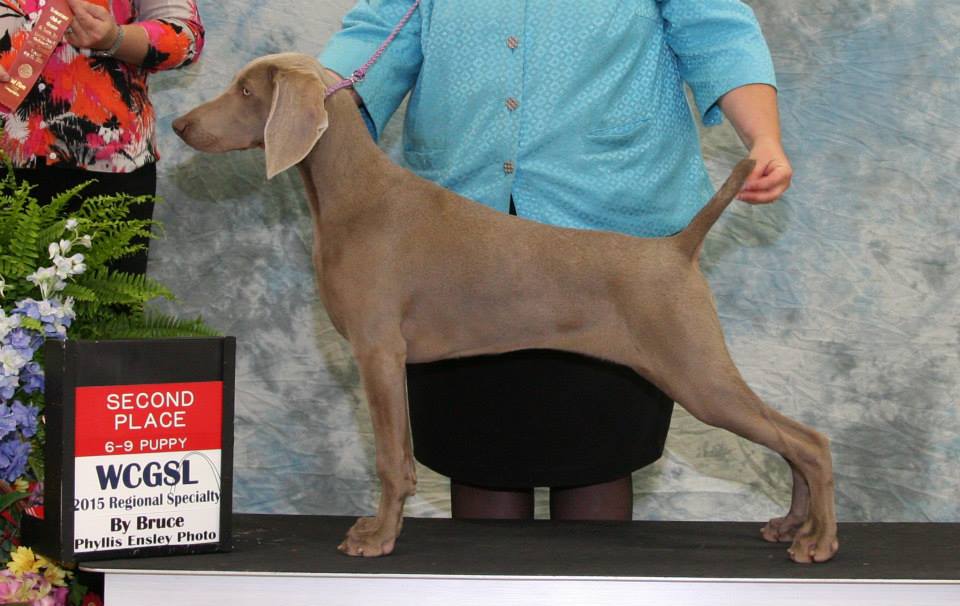 China at the Weimaraner Club of Greater St.Louis specialty show, in conjunction with the 2015 Weimaraner National Specialty. 2nd in the 6-9 class. 6 months old. 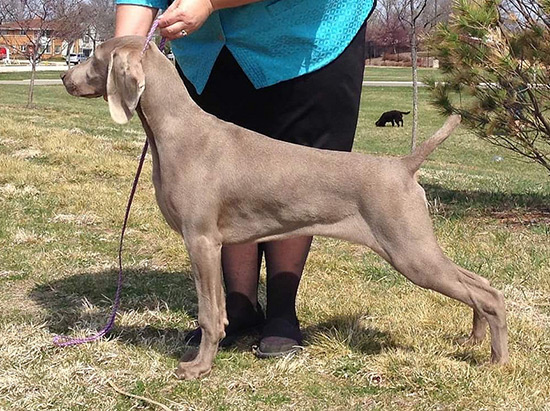 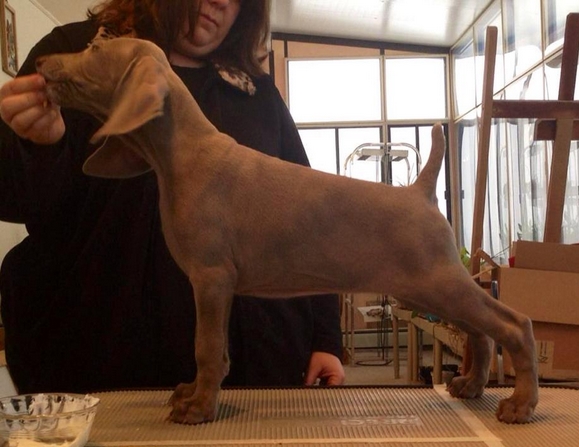 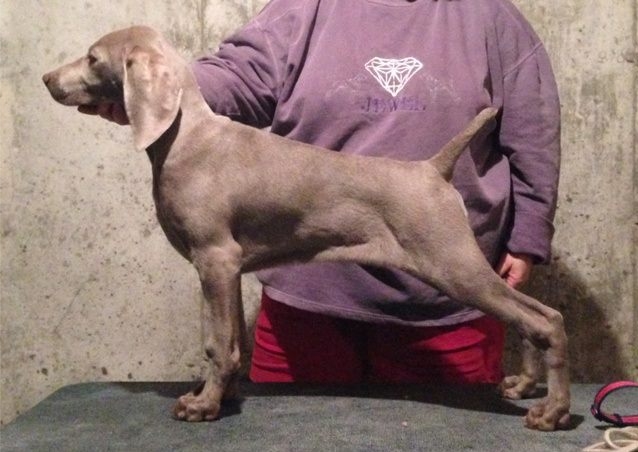 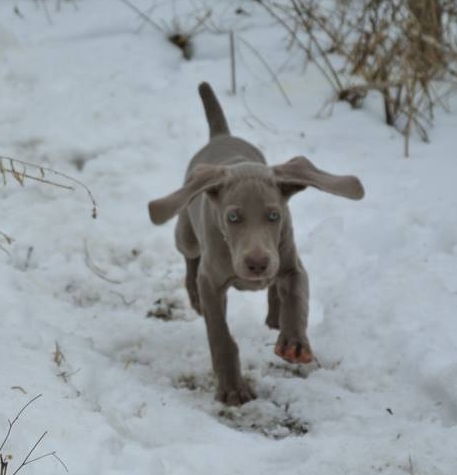 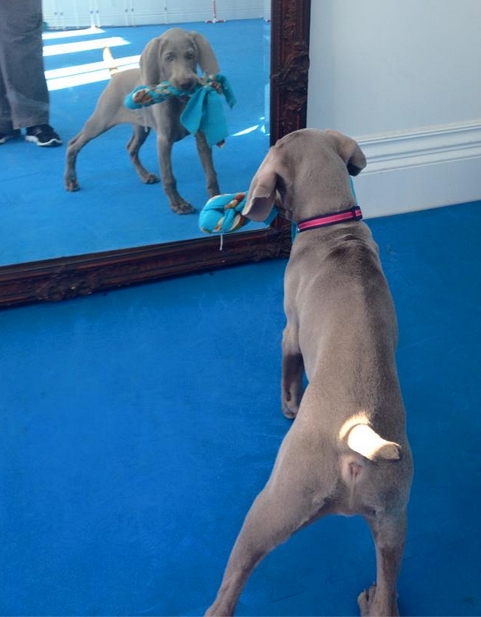