Sabine is owned/trained/handled by Susanne Purchase who lives in South Dakota. Sabine finished her championship at the Northstar Weimaraner Club in St. Paul, Minn. She also won owner-handler Best of Breed, and Select Bitch on Sunday.  Both of her majors were BOB or BOS wins!  This pretty girl is also a great swimmer and retriever. She earned her JH title in the fall of 2017, JHR in spring of 2020 and is working toward her SH title. 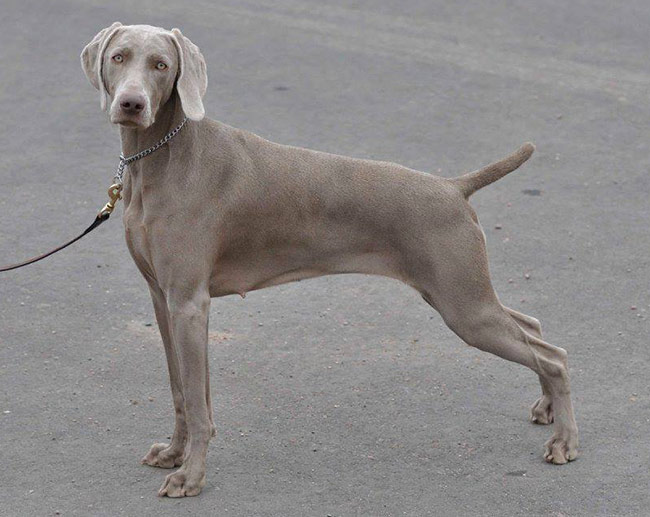 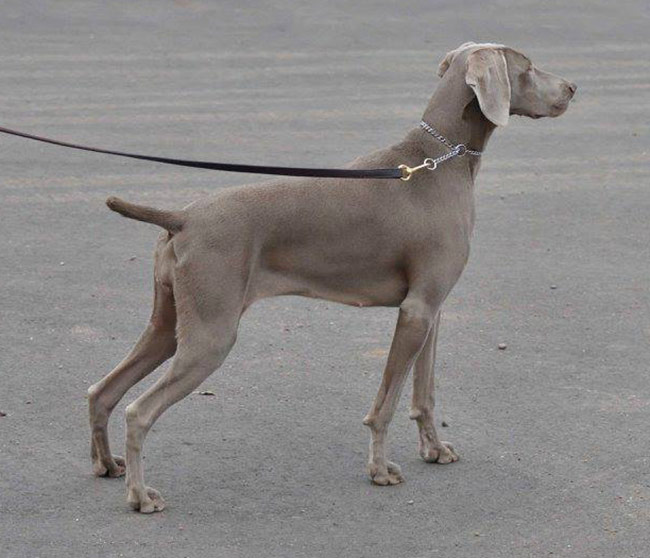 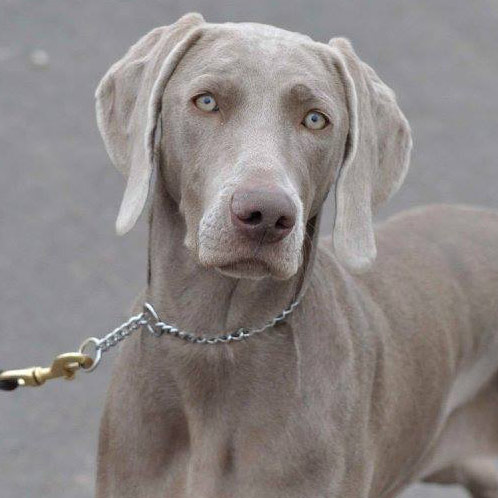 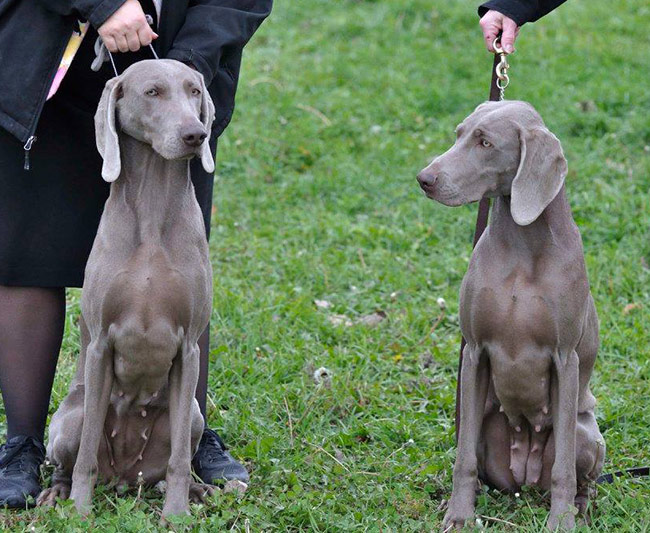 China (Ch.Jewel’s Foxfire Wild Ride) is Sabine’s older sister. They met each other in Sioux Falls in Oct.2016. Typical unimpressed Weim girls, but you can see the family resemblance. 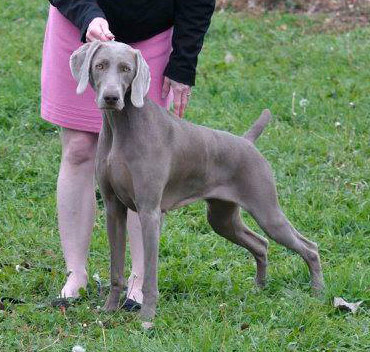 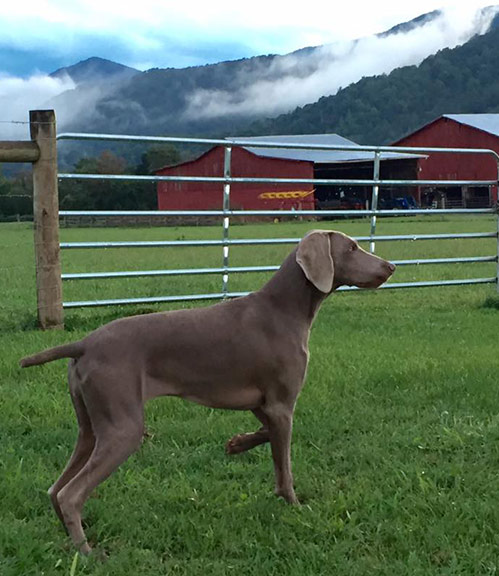 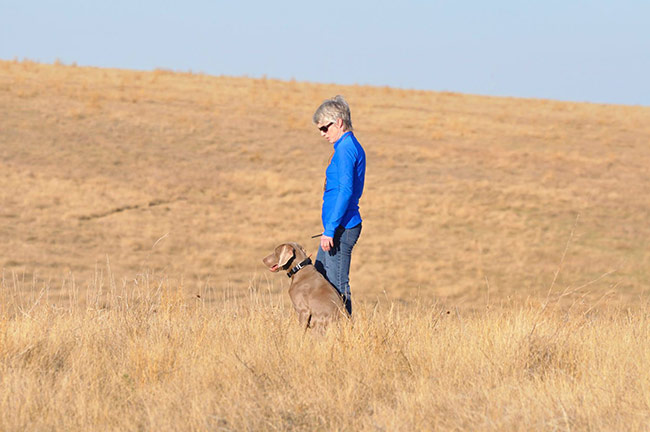 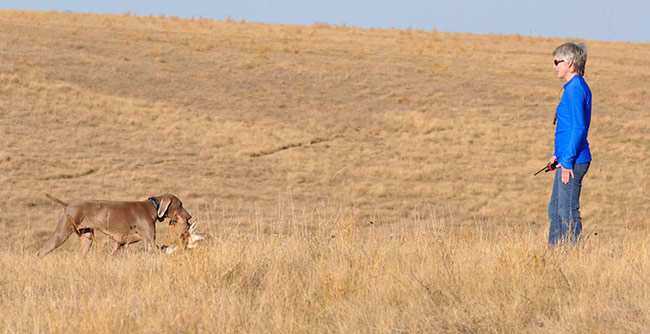 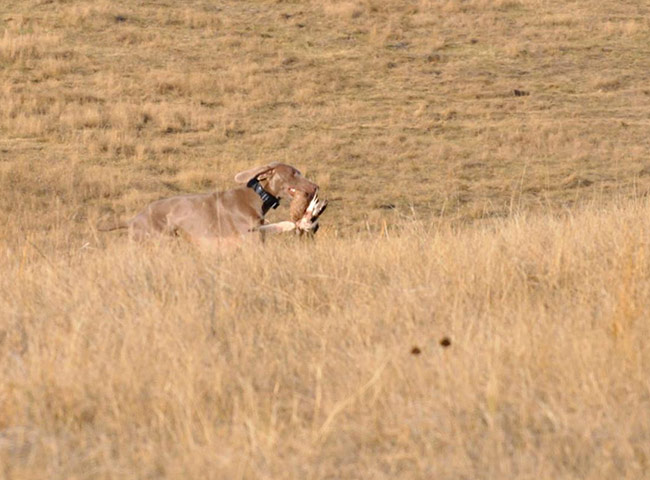 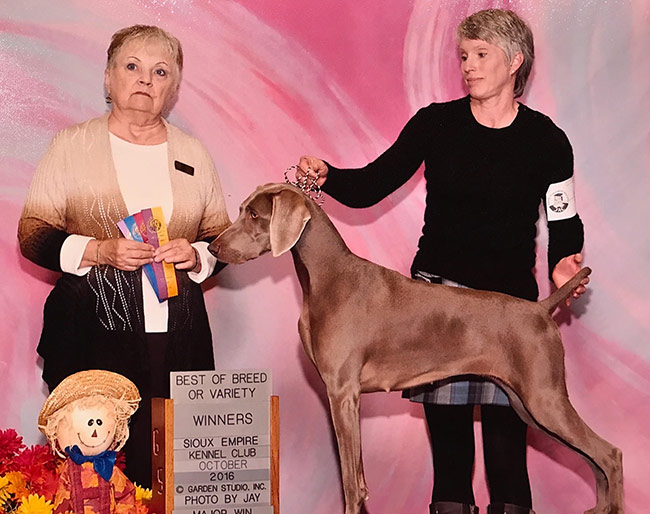 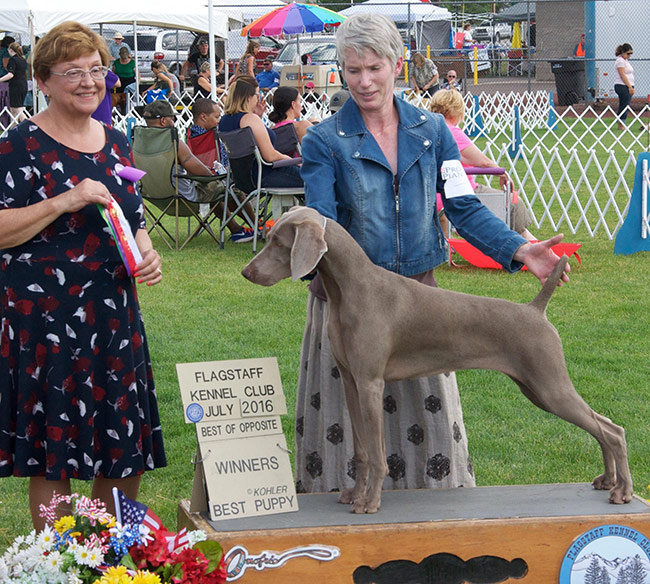 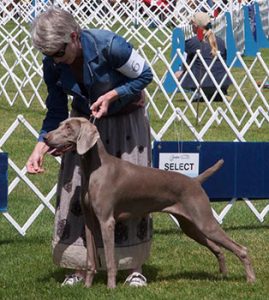